Gisele Bundchen is a household name in the modeling industry. If you don’t know her name then you must not know fashion! This 35 year old fashion mogul and former super model is still relevant to the scene even though she is past her prime years. With such an impressive portfolio under her belt, she has all bragging rights to say that she as dominated the fashion industry over the course of her career.

In the late 1990’s, this Brazilian beauty broke into the modeling industry and began a wave of successful Brazilian models who then followed suit. A 1999 issue of Vogue noted that she was the end of the “heroin chic” era and that the mold for a model such as herself had been broken.

In the early 2000’s she began her ventures with Victoria’s Secret, the top selling commercial lingerie brand in the world, as one of their Angels. She was one of the first who set the pace for all of the following Angels to come such as Adrianna Lima, Alessandra Ambrossio and Candice Swanepoel, all of whom are millionaire models now. 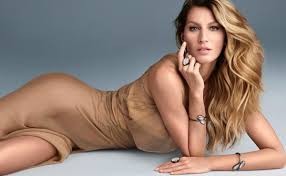 Her signature contribution to the Victoria’s Secret runway, besides her stellar looks and hot bod, was her “horse walk.” She pioneered a new style of runway strutting in which the models follow a very hard, stern stomping pattern, raising their knees at a dull angle and thrusting their feet forward with great confidence. It may not seem too impressive but the visual execution is very fierce.

Although the main title on her business card says “super model,” Gisele has had many roles in the film and entertainment industry as well. She has played characters in movies such as “Taxi,” and “Devil Wears Prada.” She even has been nominated for Teen Choice Awards due to the fans’ great reception! In addition to this, she now works behind the scenes as a producer.

Gisele Bundchen is certainly someone any aspiring model would want to imitate. Obviously, she has a long list of accomplishments that can’t even all fit into one article. She has been crowned “the highest paid model in the world”, “the 16th richest woman in entertainment” and “the 89th most powerful woman in the world” by Forbes. Yet, despite all of her glory, she still remains charitable by being a regular contributor to many charities involving children, medicine, education and environmental causes. What an inspiration!

Next post Mercedes-Benz: Obsession With An Icon Staring Natasha Poly