Global Citizen is an initiative focused on recruiting tens of millions of people to become ‘global citizens,’ learning about global related to ending EXTREME POVERTY and taking actions to support systematic policy change and the organizations working on these issues.

Together, we are committed to lift up the 1.2 billion people living in EXTREME POVERTY.

Global Citizen gives millions of people the opportunity to take social action in a rewards/points based gamified economy. The platform features content and campaigns to engage people who identify as global citizens and take action on major global challenges.

In 2015, the Bill & Melinda Gates foundation joined up with Global Citizen to build together the largest social activism movement in the world will be built to support the success of the post 2015 agenda.

For the first time in history, all the technological pieces are in place to allow a project like this to be adopted at scale. millions of people can be connected with each other digitally. It is possible to have immediate visibility of something happening on the other side of the world, and to have a conversation about it with people who are thousands of miles away. Global Citizen has developed a means of incentivizing action on behalf of others through a system that offers impact points which can be redeemed for rewards that further deepen engagement such as tickets for outdoor festivals. Global Citizen events are used as a tool to support the platform’s grassroots and grasstops approach. The Festivals create global stage for announcements and commitments to be made and give the public and private sector partners an opportunity to have meaningful conversations about these global issues.

In 2014, Global Poverty Project campaigned for tangible breakthroughs on the issues of sanitation, education, vaccines and health. We also campaigned to support women and girls, protect aid budgets in Australia and the United Kingdom, and for the post 2015 development agenda through the Zero Poverty 2030 campaign. Together with partners, we achieved commitments for the world’s poor that are set to affect approximately 341.5 million lives by 2020. 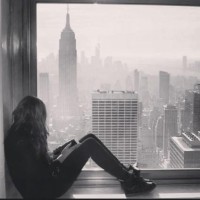 About the Author Jessica Groves