It’s become an ever growing mystery to me what they are putting in the water in Western Australia, as this new super human breed of flawless women keep sprouting out from that side of the country.

Meet the darling Nicole Trunfio, the Italian stunner from a small town in West Oz, now living here in New York City, and a good friend of the AMFAM team.

Nicole is another one of my many friends who has superseded just being a model and has taken on the role of genuine businesswomen in her own right. She has her own jewelry line, which is manufactured in the heart of NYC, has produced her own music as part of the group ‘Henry Blak’, splashed her face on the big screen in two films and is a TV presenter and mentor on two hugely successful Australian modelling series. Just a few little things that keep her busy.

She was the face of a Kenneth Cole campaign and has been photographed by Patrick Demarchelier for Harper’s BAZAAR, by Steven Klein for a D&G campaign, Peter Lindbergh for Italian Vogue, Terry Richardson for British Vogue, as well as Greg Kadel, Melvin Sokolsky and Russell James. She is currently the face of Ulta Beauty.

It’s sometimes hard to keep up with the progress and projects of this mad woman, but when we do catch up she is always as humble and down to earth as the rest. She is a true believer in romance, and keeping her friends close. Two very important traits which lie behind her successful career.

Welcome to the Trunfio Universe, everyone. 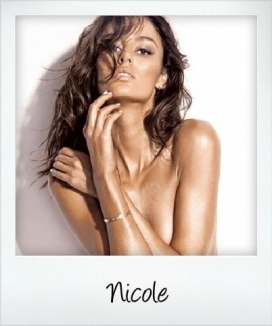