It’s a funny thing, moving from Australia to New York. Your expectations are always so different to how things actually pan out. I assumed that when I moved here I was leaving Sydney behind me and moving into a world of new people and different friends. However, five years down the track, every time I go out for dinners or events, I find myself surrounded by a sea of familiar Aussie faces and accents, and I make the joke that I moved a million miles from home, only to end up back in a group of Aussies. All except one:

Megan is, by far, the token Yank in our New York group and what a perfect specimen for us to choose. Like any other one of my model friends, she is a true humble hippy at heart, always going with the flow and such good company at anytime of the day. I rarely see her stressed out or bothered by anything and she stole my heart very early into our friendship.

She is a true tomboy, in the sense that she would prefer to jump on a skateboard and graze her knee than get her nails done, or shoot hoops with the boys over shopping with the girls. However, she still is such a girl’s girl at the same time, and she and I have had great nights involving wine and serious female chatter. She is really an all round team player and I am so glad to have met such a wonderful creature, who I can now call a real American friend. 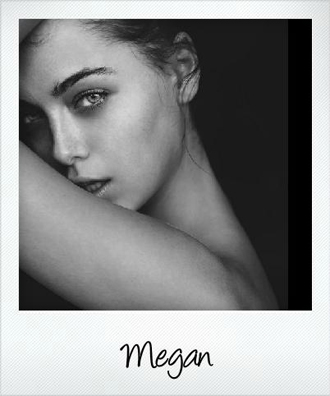