From Supermodel to Superwomen: #My Job Should Not Include Abuse

It seems like every day another man is announced as a sexual offender. From renowned actors like Kevin Spacey, to trusted fashion photographers like Terry Richardson, a new name is thrown onto Twitter’s trending page. While I feel somewhat betrayed by these men I used to binge-watch on Netflix, I can’t help but look at those who were courageous enough to speak out.

This industry is fucked up. There’s no denying that it is, and has been for a while. I, myself, have single-handedly witnessed a few horrific incidences that add to the chaos.

So why, amidst all of these allegations, are we models still going to pose for cameras? Why would we walk straight into the flames after seeing those that have been burned?

While I can’t speak for every Gisele and Cara, I can certainly say why for me and some of my girlfriends: we won’t be defeated. We won’t let them win. There’s a reason we go cycling early in the morning and beat the shit out of punching bags. It’s because we’re strong… and we’re only getting stronger.Just look at the supermodels who are speaking up. Almost every Victoria’s Secret angel is using the hashtag, “MyJobShouldNotIncludeAbuse.”

Newly recruited angel, Sara Sampaio, shared her experience with the French men’s magazine, Lui. In her Instagram post (@sarasampaio), the model explains that she agreed to shoot for the cover under the agreement of no nudity. Through the six posts, she wrote that, “Even with the ‘No Nudity’ clause in my agreement with Lui, I was aggressively pressured to do nude shots on set, asking me why I didn’t want to show my nipples or go fully nude.”

Sara goes on to say that the magazine published images with accidental exposure- images she was originally assured wouldn’t make the final cut. Earlier this month, Sara went on stage at Portugal’s Web Summit to further explain her horrific experience, as well as encourage other women to speak out.

Another angel who joined in on the trend is Elsa Hosk. The Swedish lingerie model posted an anonymous story to her Instagram (@hoskelsa), with the hashtag followed by her statement to stand in solidarity with those brave voices.

It’s interesting to see these models taking a stance, while all being binded to the Victoria’s Secret brand. While many criticized the lingerie company years ago for it’s controversial portrayals of women, I think we are seeing a new side of VS.

Personally, I’ve always found comfort in Victoria’s Secret, as well as found myself counting down the days to the Victoria’s Secret Fashion Show. In all of the news and exposures circling the fashion industry, this televised event seems to be just the thing of empowerment. This show isn’t necessarily about the couture, but it’s about the girls. As a model, it’s refreshing to watch a show where the crowd cheers for every winged woman emerging onto the catwalk. As a woman, it’s even more empowering just to see these strong ladies show off their strength.

Even before castings, the year is full of videos of models preparing by working out in different fashions. Boxing, pilates, even ballet. I can’t help but feel inspired to look at Candice Swanepoel’s rocking abs, less than a year after giving birth.

VS veterans have a tendency to move onto even greater things. Cameron Russell is no exception. But instead of starring in a new campaign, she’s campaigning around the world. @cameronrussell has turned into a page with hundreds of anonymous stories, written by models, on sexual harassment and abuse.

Each story has been submitted to Cameron through direct messaging, with names and agencies crossed out.

Cameron has taken to several stages, like Glamour’s Women of the Year Summit, to discuss her life as both a model, and just a woman. The mom-to-be greets every stage with a conversation about finding her voice, female empowerment, and body confidence. Sometimes when I feel distraught after looking at twenty harassment allegations at once, I’ll search one of Russell’s speeches. Model or not, plugging in your headphones to her TED Talk can be just what you need.

Along with Cameron, retired angel Cara Delevingne has chosen to use her platform for evoking change. In October, Cara confessed to her 40 million (and counting) Instagram followers that she too has been a victim of sexual harassment. Like so many actresses now, Harvey Weinstein had attempted advances towards her, as well as making crude comments about her openness about her sexuality.

“I felt guilty as if I did something wrong. I was also terrified that this sort of thing had happened to so many women I know but no one had said anything because of fear.”

Just by scrolling through her feed it’s obvious how passionate Cara Delevingne is on humanitarian projects. Her latest Insta is a comparison between the  unfair treatment of Cynthia Brown, a young girl forced into sex trafficking, and the praise towards Brock Turner, a disgusting man who raped an unconscious women. Besides posting her strong opinions on topics like women’s rights, the model-turned-actress has released a documentary series, “Do You.” In collaboration with Puma, the series features a variety of women making differences around the world.

Unfortunately, this is only the beginning of an industry firestorm. Every social media refresh is a new headline. But that also means a newfound voice in a generation of silence. While we may feel anger towards our once-loved idols, it’s a chance to look towards these superwomen as our idols. Look beyond their outfits and makeup, because these models are becoming role models.

Next post How To Make Money Out Of Your Closet 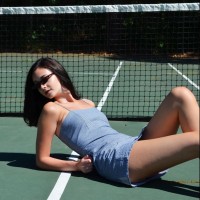