Now before you go to start name calling – lets look at the facts.

It’s universally acknowledged that women of colour, although on the rise over the years – are underwhelming represented in the fashion industry, both on the runway and fronting the covers. 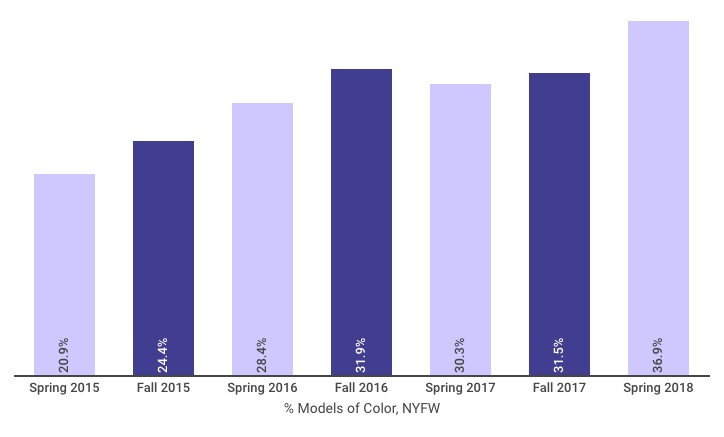 And Melbourne based designer and creative director for accessories label MOGA has decided to use his position and influence to take a stand and do something about it. Opting to stop using white/Caucasian models moving forward for his advertising campaigns.

And we’re all for it.

No stranger to activism, the accessories label which specialises in headscarves and shawls, and has always been at the forefront of encouraging diversity and empowering women. Just last year the company designed a rainbow-coloured headscarf in support of LGBT rights in Australia and similarly, designed a yellow and green collection for Australia Day, making headlines when they sent a scarf to Pauline Hanson, an islamaphobe politician. Not only this, but the company also has a partnership with the CARE Foundation where they donate 20% of their profits going towards helping young women receive an education.

So it comes as no surprise that the label put out to FB a worldwide casting call for fresh faces, asking for scarf enthusiasts to DM them a photo rocking their favourite headscarves for the opportunity to receive a gift pack, the chance to feature in a professional ad campaign and be featured across their website and social media channels.

As a person of colour himself, in a lengthy post to Medium, Azhan went on to defend his decision not to cast Caucasian individuals, “Beauty standards are constantly evolving and it’s no secret that race is playing a crucial role in what is considered to be ‘beautiful’ today. As a designer, it is never my intention to hurt or offend anyone, but to use the platform I have been given as a catalyst for change.”

Therefore, we want to use the limited spacing we have in each of our campaigns to show races that are currently underrepresented in the media in an effort to promote racial diversity and more opportunities for ethnic minorities.”

Admittedly, the campaign policy isn’t set to be in place forever, only for a short while, while the company re-assess the impact on the brand. And although some are calling it discriminatory – we’re most definitely not.

We think it’s an awesome decision which gives girth to the opportunities women of colour are offered in our industry. Who knows – this decision could potentially make way for the our next big ‘It Girl’ of the season!?